Well, we completed our jaunt into Lake Superior and survived to tell the tale.  Whew! We cruised over to Whitefish Point, where the Edmund Fitzgerald sank in 1975. We planned to continue to Munising but discovered their marina has the new power pedestals that Joy Girl trips, so we turned back. (Niki – Yay! Craig – Bummer!)

To get in and out of Superior you lock through at Sault Ste Marie, or more endearingly known as “The Soo”. The enormous Great Lake freighters pass through the Soo Locks to access Chicago, Detroit/Cleveland, or the East Coast. The Great Lakes are a giant interstate waterway.

We looked up one morning and saw the BIGGEST of these beasts, the current Queen of the Lakes, the Paul Tregurtha. This ship is 1013 feet long, 300 feet longer than the Edmund Fitzgerald. The Fitz is only one of 240 ships that have shipwrecked at Whitefish Point (out of 350 total on Lake Superior). Before radar, the storms, fog, and fires caused terrible visibility and many crashed right into each other. Unfortunately we had fog on our way “downbound” and experienced that problem firsthand…yikes!

Paul Tregurtha, the current Queen of the Lakes

This freighter captain was very kind and radioed us in plenty of time to make sure we had “seen” him (on radar). He didn’t want to run over us, which we appreciated! 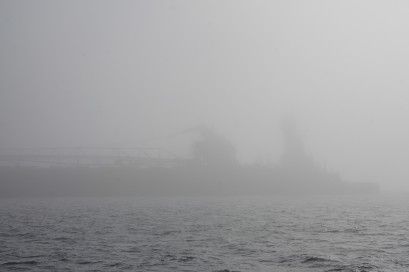 This ghost ship didn’t call us and was not sounding his horn every two minutes (the fog signal) either. But we saw him on radar and gave him plenty of room.

In DeTour Village, we met Marc and Jill who purchased the bow section of an old freighter (the John W Boardman) and hope to refurbish it into a B&B. We were awed by the task ahead of them but also at how cool it will be when it’s completed (and how impressive she looks now from the water). 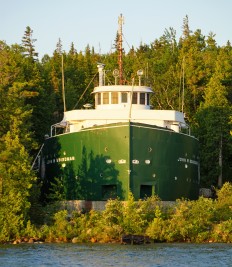 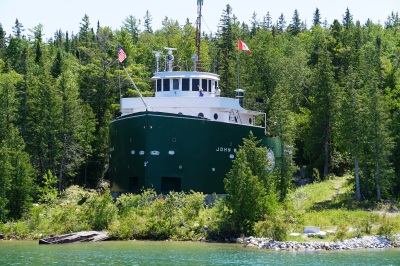 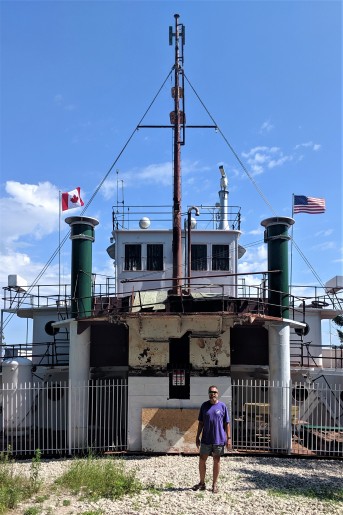 View from the back (where the cargo decks were) 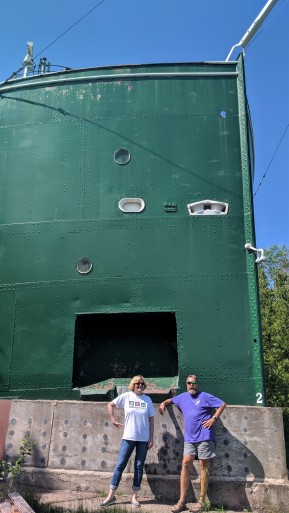 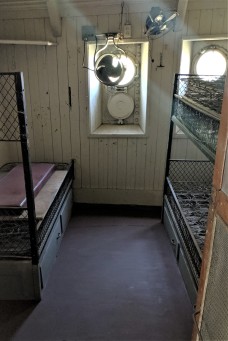 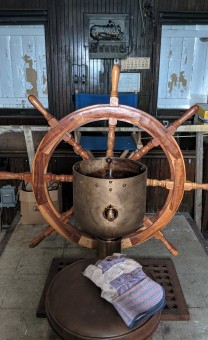 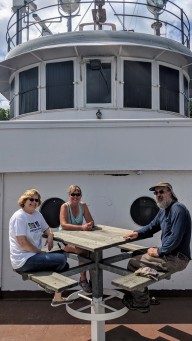 Marc built this table on the foredeck with an amazing view of the water. 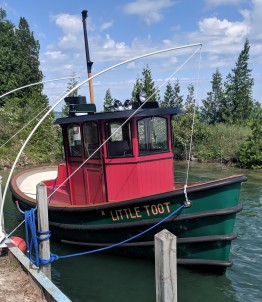 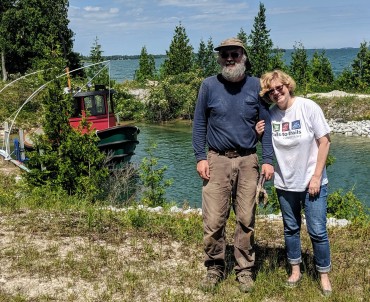 We are now in Rogers City heading down the eastern coast of Michigan, through Detroit and into Lake Erie. We’re excited to visit my aunt and uncle who live right on the water in Marblehead, OH, near Sandusky. While Craig works on getting our annoying electrical issue fixed there, I will probably fly to Colorado for a visit. 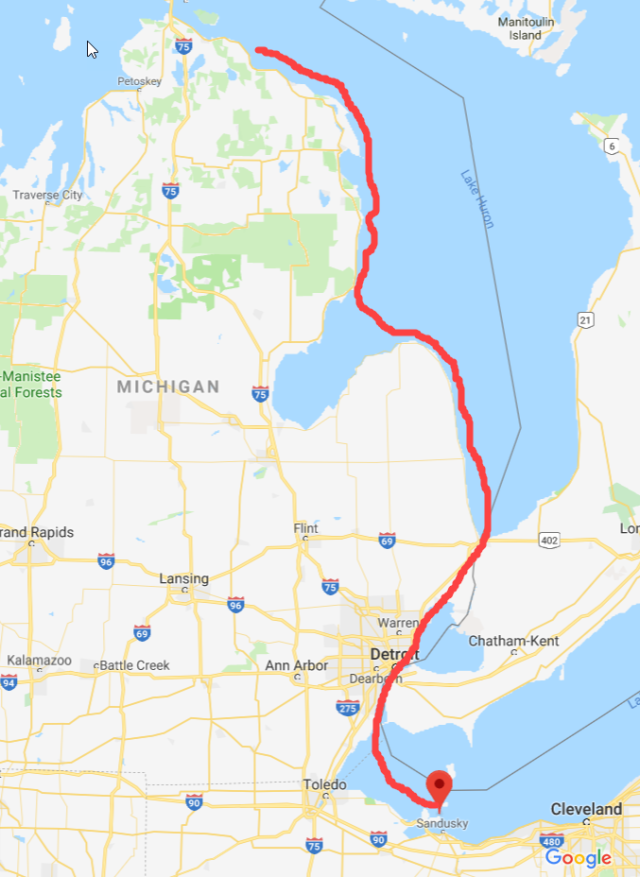 Hope all is well with everyone!