Cruising up the Elizabeth River into Norfolk, Virginia our mouths dropped open as we gazed up in awe at the enormous Norfolk Naval Shipyard. One of the oldest and largest shipyards in the world, it specializes in repairing, overhauling and modernizing ships and subs. The Yard stretches on for miles and miles, one huge warship after another. Joy Girl felt like a pipsqueak beside them.

View from our marina

We had the privilege of boarding one of these military marvels as the USS Wisconsin has been retired, is open for tours, and was moored a short walk from our marina. This gigantic girl, nicknamed Wisky, is 887 feet long, 108 feet wide and was crewed by as many as 2,800 men. She had nine 16 inch guns that fired 2,700 pound shells. She fought in WW II, Korea and in Operation Desert Storm – an epic battleship. 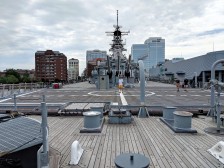 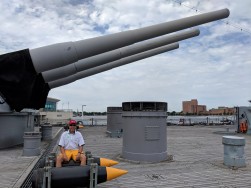 Norfolk made us glad that these warships are on our side! Waterside Marina was smack dab in the midst of downtown, in the epicenter of everything, and surrounded by military might. It was quite the visit! 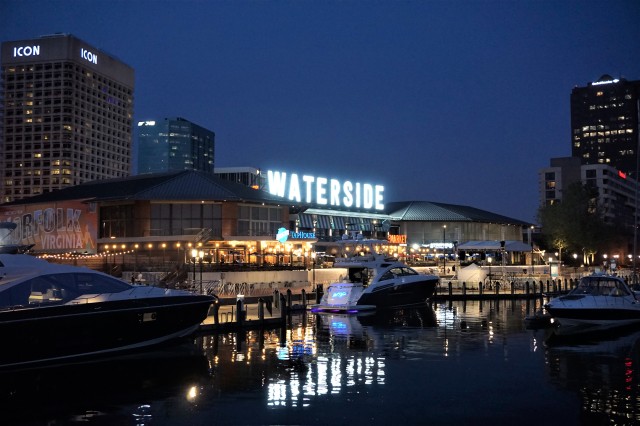