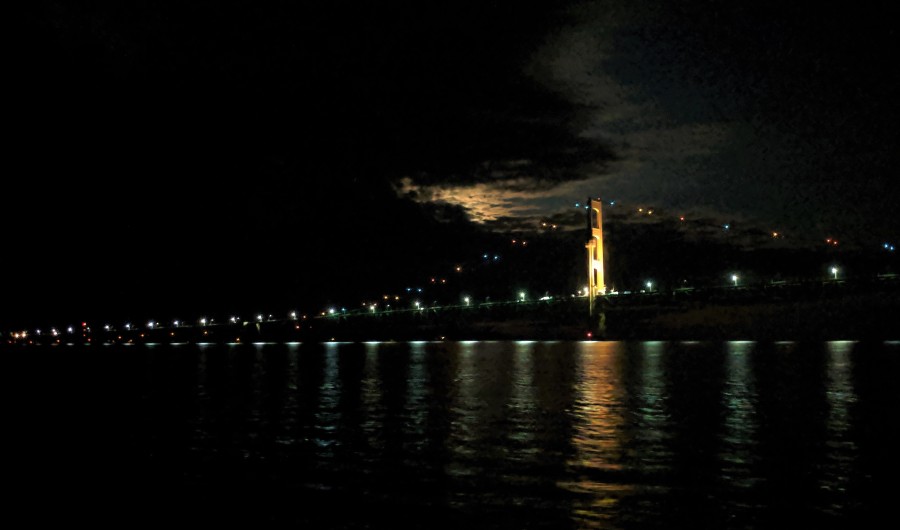 We are back in Wisconsin now after steaming up and around the tip of Michigan. We cruised a few long days to make up time, since we’d already seen many of the sights and our focus is now on getting down to Chicago.

We had one of our roughest days ever while traveling to Port Austin on Lake Huron, plowing into 4 and 5 foot waves as we rounded the tip of Michigan’s “thumb”.  While Joy Girl bounced around like a bucking bronco, Scully and I hunkered down in the salon (living room). I’ve finally been able to convince her that’s the best place to avoid seasickness, since it’s not as high as the pilot house where Craig drives the boat…barf. (Actually, I don’t want to speak too soon, but I think my sea legs are getting pretty tough.) The video below doesn’t really do justice to how we were pitching round:

Here’s a bit of what Lake Huron looked like right after we got into the marina – people were walking the breakwater wall to get drenched by the waves: 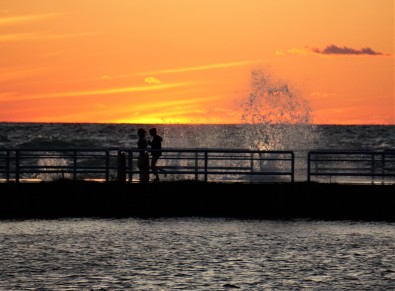 We did a couple quazi-overnight runs which Craig (an instrument rated pilot) loved and made me very nervous (where are my headlights?!? It’s pitch black out there!) During my one solo watch while Craig took a catnap between 4:30-5:30am, the lighthouse below became my friend. If I could see his green light blinking every ten seconds off our port bow, I knew my heading was still correct. It gave me a deeper appreciation of lighthouses, especially in the days before GPS when it was only those pinpricks of light on land and the stars above to lead the way. Even just a tiny little light can mean so much in a world full of darkness. 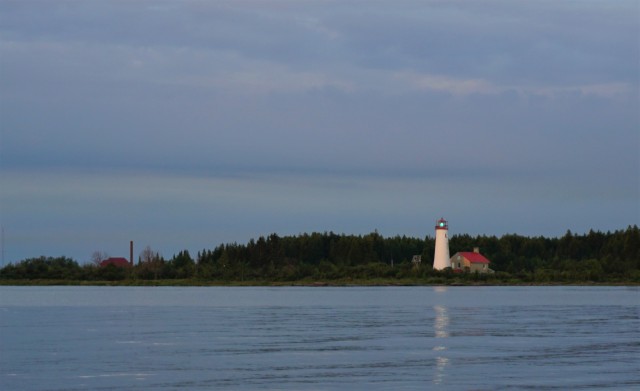 In our longest run so far, we cruised from Cheboygan, Michigan to Washington Island, WI. 131 nautical miles at 8 knots took us 16 hours. We started at 3:30am with Captain Wrinkleface at the helm and me sleeping about 8 hours of the trip because the gentle rocking lulls me to sleep like a zombie. I did manage to wake up at 5:30am to take a few shots of the Mackinac Bridge all lit up… 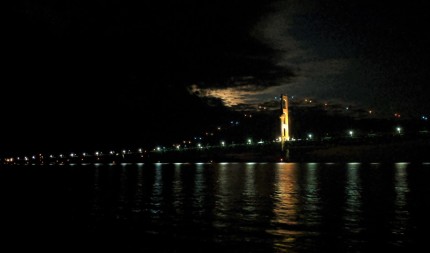 The Big Mac is 5 miles long 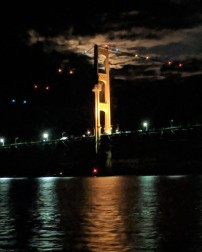 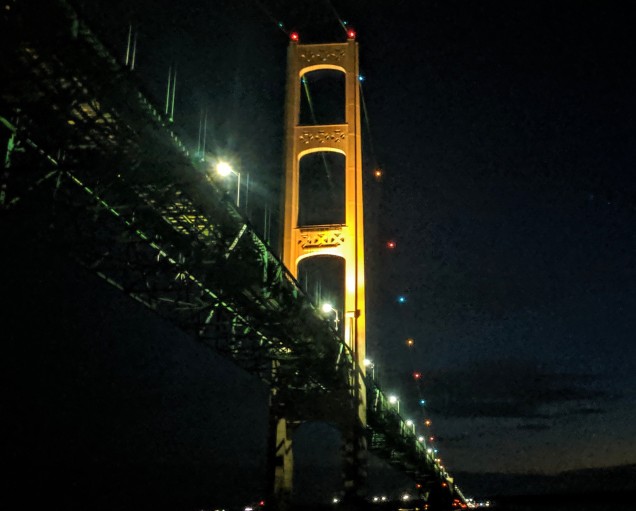 Towers are 552 feet above the water

In Door County, Wisconsin, we saw two shows at the fantastic outdoor Northern Sky Theater and made a wonderful new friend, Director of Development, Holly Feldman.  She went out of her way to pick us up for the show, gave us a private tour of their incredible new $8M indoor theater (which opens its first show later this month), went out to dinner with us, then drove us home, too. All of this sure beats anchoring out and taking the dinghy to shore in the dark like we did last summer.  Holly, you are the embodiment of the wonderful spirit in that theater!  It was Holly who, after we described our lifestyle, summed it up by observing,

It sounds like a really cool way to be homeless!

Craig finally caved in under my pressure to buy a drone. He’ll have a week to practice in Waukegan, IL (just north of Chicago) while I fly to Colorado for a visit. With his piloting skills, I’m confident at least he will be able control the thing so we can capture some interesting drone photos and videos of our trip.

On our way to Sheboygan, WI today…

10 thoughts on “A Really Cool Way To Be Homeless”